The Current State of Rural Hospital Closures: A 2018 Update 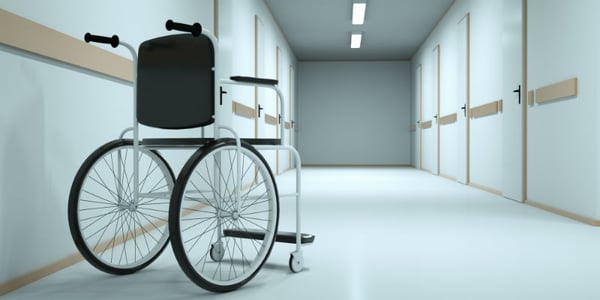 The loss of access that comes with a hospital closure is, of course, a challenge, but that’s often layered on top of complicating factors that are more common in, if not particular to rural areas including:

These issues tend to feed into one another (i.e. loss of employers forcing young people to leave, thereby depleting populations) but also drive the few, privately insured patients that tend to remain in rural areas to new hospitals outside the community, dealing an additional blow to facilities that are already struggling with weak payer mixes and feeble margins.

This is the world of the rural hospital. It’s one that, at least for the foreseeable future, is expected to only become more difficult to navigate. Take, for example, the most recent closures we’ve seen in states across the country.

While more than half the country has dealt with at least one rural hospital closure since 2010, some states, particularly those in the South, have been hit harder than others.

Research out of the North Carolina Rural Health Research Programnotes that since 2010, 83 rural hospitals have closed. (Closure is defined as the cessation of provision of inpatient services.) Texas, Tennessee, and Georgia top the list with 14, 8, and 6 closed hospitals respectively. Other closures include:

The story of each closure thoughis unique. Take for example, what’s happened at “ground zero” of hospital closures, Georgia. A combination of poor management, soaring A/R, and even unfortunate IT circumstances have propelled the state to become the poster child of the shuttered ERs, long waits for care, and unnecessarily lost life that so often result from rural hospital closures.

The Issue of Medicaid Expansion

While the reasons for closureof any hospital are complex, it’s becoming increasingly evident that states without Medicaid expansion sit at increased risk of losing the services their rural hospitals provide.

Medicaid expansion opened eligibility doors for childless adults in ways that directly impacted hospital bottom lines, according to Richard Lindrooth, Ph.D., of the Department of Health Systems, Management, and Policy at the Colorado Schools of Public Health and co-author of a Health Affairsstudyon hospitals and Medicaid expansion. That meant more low-income adults covered and a boost to the Medicaid eligibility threshold for childless adults between 2008 and 2016. The threshold difference between expansion and non-expansion states is stark. For expansion states, the threshold increased 136 percent vs a bump of just 6.1 percent for hospitals in non-expansion states. The same was true for adults with dependent children.

To put it simply, an increase in Medicaid eligibility thresholds means a decreased chance that a hospital will close — a jumpof 100 percent of the threshold for childless adults meant a 2.5 fold drop in the likeliness that a hospital would close in comparison to non-expansion states. This dynamic was especially true for rural hospitals. The study found that the relationship between Medicaid expansion and hospital financial viability was stronger in rural settings. In a context where 41 percent of rural hospitals are operating with negative margins, it’s not a  dynamic that should be ignored.

Rural hospitals also face hurdles under the shift from volume, to value-based care, where cost containment is a primary focus. This is particularly true for Critical Access Hospitals who receive cost-based reimbursement from Medicare. In the past, this policy has helped preserve access to care in rural areas across the country, but any changes could be largely disruptive.

The Role of Rural Hospitals

The fact that rural hospitals are most at risk of closure from a lack of Medicaid expansion can’t be overstated. They deal not only with more challenging environments and tighter marginsbut also with populations that require more care themselves, seniors and veterans in particular.

According to a 2017 study from The Chartis Group, Rural hospitals serve populations that have a median age of 51 (vs. 45 in non-rural areas). Since hospital lengths of stay and admission rates increase with age, the hospital plays a more critical role in American lives as we get older. Rural areas also house a disproportionate number of veterans in comparison to their metropolitan counterparts. Almost 75 percent of rural hospitals are serving a larger proportion of military veterans than the average, non-rural facility. Additionally, many of these veterans live greater distances from the closest VHA facility, so rural hospitals are often filling in the gaps. This population uses ED, physician visits, and behavioral health services more often than even their urban counterparts.

Rural hospitals are now also facing revenue challenges in the form of cuts including sequestration starting in 2013 and bad debt cuts from the Middle-Class Tax Relief and Job Creation Act. Rural hospitals absorbed a reduction in reimbursable bad debt that dropped from 100 percent to 65 percent between 2012 and 2015. Predictably, the impact was most severe in non-expansion states.

A Particular Point of Concern

Rural hospital leadership has definite obstacles in front of them and addressing those successfully will require an understanding of the particular hurdles and opportunities they face as individual facilities and systems, especially in terms of reimbursement. One of the most complicated areas to navigate is maximizing reimbursement through retroactive Medicaid eligibility. Many rural hospitals especially are letting vital revenue slip through their fingers in the form of missed retroactive opportunities. The first step in taking full advantage of retroactive Medicaid eligibility is an understanding of section 1115 waivers. This white paper will get you started!