Is your center ready for a spike in uninsured patients? Medicaid Work Requirements, Immigration and ACA changes are coming 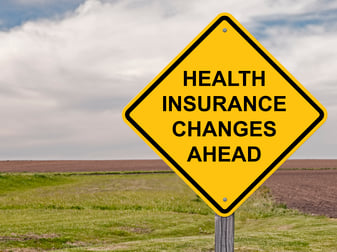 The Trump administration couldn’t abolish the Affordable Care Act (ACA), but it did make significant changes to it and work requirements for Medicaid likely to reduce the availability of coverage or discourage enrollment. So, after years of declining uninsured rates, the U.S. saw coverage gains stall--and for some groups, even drop. That’s a key takeaway from The Uninsured and the ACA: A Primer, a 2019 report from the  Kaiser Family Foundation (KFF). It provides information on how insurance has changed under the ACA, how many people remain uninsured, who they are and why they lack health coverage. We’re taking a look at what this means for our clients--and how Altruis can help.

FQHCs and other safety-net clinics may soon take a financial hit. Changes in work requirements for Medicaid and the ACA are creating a new group of uninsured individuals. These newly uninsured are more likely to be poor, and most won’t have the resources to pay the bill. Clinicians, health centers and hospitals will be forced to write off those costs.

KFF’s  The Uninsured and the ACA: A Primer, offers troubling, yet valuable, insights into the growing number of individuals without insurance. We’ve identified several and explore the implications for safety-net providers.

Work Requirements for Medicaid and the ACA evolve--or devolve

Millions of people enrolled in ACA coverage, and the uninsured rate dropped to an historic low by 2016. Coverage gains were particularly large among low-income adults in states that expanded Medicaid. There were still people who fell through the cracks, due to the 2012 Supreme Court decision upholding the law but striking down the Medicaid expansion requirement. But since 2017, the situation has become worse. The number of uninsured rose for the first time since ACA implementation--it’s now roughly 27.4 million, according to the KFF report.

But it’s the changes to Medicaid that will likely have the greatest impact on safety-net providers.

Work Requirements for Medicaid under fire

CMS has for years approved certain eligibility- and enrollment-related provisions as part of Medicaid expansion waivers. Now, the Trump administration has approved new, much more draconian, restrictions. Interest in these waivers has “skyrocketed,” according to Modern Healthcare. This makes it harder for vulnerable patients to get insurance coverage--and for providers to be paid. In Arkansas, for instance, more than 18,000 people lost Medicaid in 2018 for failing to meet work or reporting requirements.

These changes place a tremendous strain on patients, discouraging them from seeking the care they need. They also increase the pressure on safety-net providers, for several reasons. Individuals who delay seeking care become sicker; when they finally do seek care, it’s more likely to be in an emergency department. If they do visit a clinic, they probably are sicker and costlier to treat.

These changes also mean fewer patients are likely to have any form of insurance, leaving providers with a pile of AR that will have to be written off.  We don’t know exactly what’s in that particular pile of AR, but Altruis can help identify who might actually be eligible for Medicaid or still had coverage at the time of the visit.

Many self-pay patients obtain Medicaid after their initial visit. A significant percentage of self-pay patients are eligible--or become eligible--for Medicaid coverage. Altruis analyzes self-pay encounters on a daily basis to identify when a patient has been qualified to receive coverage. The patient is then enrolled, and their eligibility is applied retroactively to cover the costs of previously provided care. We then bill Medicaid for the encounters and collect every dollar for this previously uncompensated care.

Our retroactive Medicaid solution creates new revenue streams by automating the process that identifies coverage and bills payors. That takes stress off clinicians and patients alike. However, keep in mind that several states plan to eliminate retroactive Medicaid payments. If you want to collect for previously uncompensated care, you need to act now, not later. Contact us today to find out about our RetroPay services.